The oceans cover nearly ⅔ of the Earth’s surface. Saline water represents 97.5% of the world’s reserves, but fresh water only 2.5%. Modern technology makes it possible to turn salty water into potable water at a relatively low cost, but untreated water is not considered as such. But today we are not going to talk about technology, but rather to look at what causes the salt concentration in the water.

Why is the ocean salty??

It all starts with the rain. Water from the surface of the ocean evaporates and rises upward to form clouds of microdroplets of distillate, which contain almost no dissolved particles. When these droplets coagulate and rain on the ground, they come into contact with the atmosphere. One of the main components of air is carbon dioxide, which dissolves perfectly in water to form weak carbonic acid. When this solution falls to the ground, it slowly washes away a variety of minerals. Ions are dissolved in the water of streams that flow into rivers, which in turn flow into the oceans. Some of these impurities are taken up by marine microorganisms or deposited on the seafloor by chemical reactions, and some of them accumulate as dissolved ions in the vast volumes of the oceans’ water. 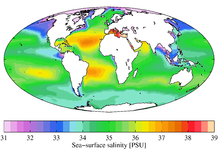 The second cause is fluids that come from hydrothermal vents on the ocean floor. Water seeps through rifts and fissures in the seafloor and is heated by magma in the Earth’s core. This heating releases calcium, magnesium, dissolved oxygen from the water but dissolves other minerals like iron, zinc, copper, etc.

Rarely, salt forms in water thanks to the eruptions of underground volcanoes.

What Salts are in Seawater?

If you taste seawater, it will be different from ordinary water where you dissolve 35 grams of salt in a liter, isn’t it??

Sodium chloride does make up a fairly weighty portion of the salinity, but the water actually contains many other names of mineral impurities. The table below shows the ions that make up 99.9% of the mass of sea salt.

Some of the elements are biogenic and are sorbed by algae and living microorganisms, and some are simply dissolved in seawater. The salt concentration in seawater also affects the stability of fish and algae tissues. This is due to the osmotic effect, which causes water to move from a volume with a higher salt concentration to a volume with a lower.

How much salt is in a liter of seawater?

The average salinity of the world’s oceans is 35 ‰ (or 35 PES), which in simple terms means that 35 grams of salt are dissolved in a liter of water. Average salinity is the arithmetic mean of many water samples taken from various points on the globe.

How do you measure the salinity of water?

There are two methods of measuring the amount of salt in water:

It is clear that some bodies of water may contain more dissolved salts and some less, it depends on a number of parameters: precipitation, inflowing rivers, temperature. The ocean can be thought of as a beaker of water – it is subject to the same processes: dissolution, dilution, diffusion, etc. Depending on the volume of water, they of course slow down or flatten out, but the overall pattern is very similar. 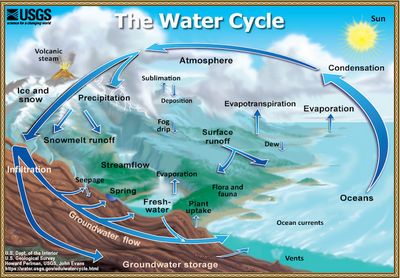 The amount of rain that falls around the basins of rivers flowing into the seas and oceans, as well as on the water surface, plays perhaps the most important role. For example, the average salinity of the Atlantic Ocean is 35.4 ‰. In the subtropical zone, where there is very little rainfall, it is higher at 37.25%. And already in its equatorial part, where it rains all the time, the salinity is lower, only 34 ‰.

The lowest salt content is most often found at the mouths of large rivers, where it can reach 18‰, due to the fact that large volumes of fresh water quickly mix with salt water. In such cases, salinity decreases quite rapidly as you move away from the coast.

Strong solar activity, which leads to increased evaporation of water from the ocean surface, is one of the causes of increased salinity. This can probably explain why the bottom ocean layers usually have lower salinity than the surface. 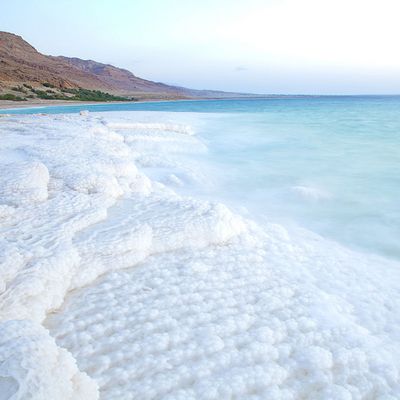 This factor also plays an important role. When the temperature of the water decreases, so does the solubility of most minerals, so cold streams are less salty than warm ones.

It is important to note, by the way, that the solubility of the basic component of seawater, sodium chloride or table salt, depends little on temperature; perhaps if the basic component were some other mineral, variations in the salt composition of water would make it less populated by the diverse living things that can function in water due to osmotic processes.

Another important element that regulates salinity is the presence of ice. Since the freezing point of salts decreases as their concentration increases, when sea or ocean ice is formed, there is a kind of concentration of pure water that freezes faster. Consequently, the liquid water becomes more salty. When the ice melts, the water is again diluted and becomes less concentrated, i.e. less salty. This applies mostly to the northern seas. If we talk about the Arctic Ocean, which is the least salty, it works the other way around.

The salinity level of seas and oceans

We learned above that the average salinity of the waters of the world ocean is 35 ‰, and what conditions it depends on. Now let’s take a closer look at where the water is more salty and where it is less.

Why Is The Ocean Salty? | COLOSSAL QUESTIONS

The average salinity of the waters of the Atlantic Ocean is 35,4‰, the maximum salinity is observed in the Mediterranean Sea (39%) and in the open part of the ocean in the subtropics – up to 37,2%. Minimum salinity is characteristic of the equatorial zone, where there are many rivers and rainfall. 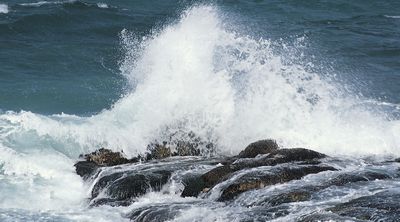 What If Ocean Water Lost Its Salt

Average salinity of the Indian Ocean – 34,8 ‰, maximum – 40-41 ‰ in the Persian Gulf and Red Sea; in the Bay of Bengal salinity decreases (30-34 ‰) due to desalting effect of the Ganges, Brahmaputra and other rivers with high water.

The average salinity of the Pacific Ocean is about 34.5%, the maximum salinity is 35.5-35.6‰, and the salinity decreases in its eastern and northern parts.

The Arctic Ocean is the least salty. Its average salt content is only 32 g/l. The reasons for the Arctic Ocean’s low salinity is that, due to its low temperature, little water evaporates from its surface, and it is constantly replenished by fairly large river runoff and meltwater, which constantly reduces the salt concentration. Also interesting in this case is the fact that the salinity of the water increases with depth, not decreases. 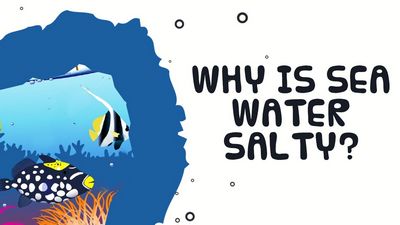 Rating of salinity of seas

The salinity of seawater can be very different from the ocean salinity. If we recall our analogy with the glass, all of the factors we discussed above will affect the composition of the water more strongly. Evaporation of the upper layer of water due to active solar radiation and low river flow, always suggest that the salinity will be higher. For example, the Red Sea, which is surrounded by a desert and has not a single freshwater source, has the highest salinity (41 g/l). The Mediterranean Sea has a similar situation: the colder the climate and the more inflowing rivers, the lower the salinity, the warmer the higher the salinity.

The opposite is true for the Baltic Sea with its average salinity of only 7 ‰, but its variation in the different areas is enormous. For example, in Danish straits, which connect Baltic Sea with North Sea, it reaches 20 ‰, in the central part it reaches 6-8 ‰, while already in Finnish and Botnish Gulf, where the river flow is maximal, it reaches only 2-3 ‰. It is important to note that in this case salinity also increases with depth.

Below is a table of the salinity of the seas, which allows to compare all the factors and to evaluate their influence on water salinity.

We would like to briefly dwell on the seas, which are close to Ukraine: the Black Sea and Azov Sea. 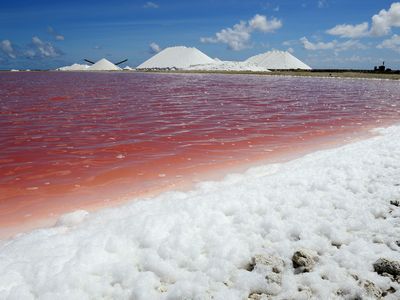 As for the Azov Sea, it has one of the lowest indicators of salinity – 14 ‰ on average, while 15 years ago it was 9.5 ‰ at all. Low water salinity in the Azov Sea is due to a large inflow of fresh water and a weak water exchange with the Black Sea. A feature of the water of the Azov Sea is that the predominant ionic component of salinity are not chlorine and sodium ions, but calcium, sulfates and carbonates.