The study of biochemical processes is gaining more and more momentum in recent years due to the availability of increasingly new instrumental methods of analysis. Aquaporins are membrane proteins that form transport pores in cell membranes. In simple words, the membranes of all living organisms are permeated with tubes of proteins, which can only draw pure water (in some cases glycerol, carbon dioxide, ammonia) into the cell.

The discovery of aquaporins occurred in the 1990s, and in 2003 molecular biology and biochemistry researchers Peter Egre and Roderick McKinon received the Nobel Prize for their discovery.

The importance of the findings for science is global. Today, 13 species of mammalian aquaporins have been studied (including.h and humans), six of which are localized in the kidneys. In the field of health, they have provided an opportunity to further explore the causes of metabolic disorders. For example:

On the whole, the importance of this protein for human studies, we are, in this case, less interested than its potential for water purification. 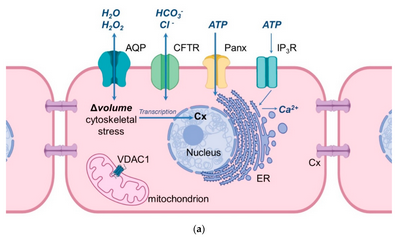 Today the most widespread and sufficiently effective technology for desalination of seawater and purification of drinking water is reverse osmosis. 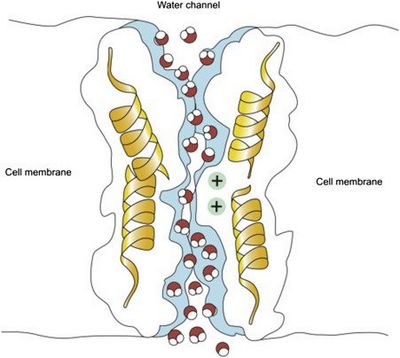 Its principle of operation has been inherited in part from the natural process of osmosis. In all living cells, osmosis is designed to maintain the shape of the cell. Cell membranes are capable of sucking water in if the salt content of the medium around the cell is lower (hypotonic solution) and release it (shrink) if the surrounding fluid has a higher salt content (hypertonic solution). Accordingly, the cell remains in a stable state if the concentration of salts (osmotic pressure) around and inside the cell is identical (isotonic solution). This regulates intracellular water exchange.

Reverse osmosis is so called because in this case it is the opposite: under high pressure water is separated into a desalted permeate on one side of the membrane and a concentrate, where the concentration of impurities is increased, on the other side. Today thanks to reverse osmosis membranes we get: clean water in desalination plants, industrial plants, power plants, most brands of bottled water and even drinking water at home. The main problems of reverse osmosis is the need for high pressure, which requires high power consumption, strong fouling (contamination) of membrane elements and relatively frequent replacement (once every 3-5 years).

Aquaporins are the next step in the development of water purification technology, which allows improving processes by making them more economical because they help the cell membrane to transport water, and thus return to direct osmosis, which allows operation at lower pressures due to the selectivity of these transport proteins.

How aquaporine filtration elements are made?

The patented methods for producing membranes with aquaporin involve applying a flat lipid bilayer membrane with embedded aquaporins to a porous substrate, which can be a bilayer polymer membrane, polysulfone, aluminum oxide, mica, cellulose or other hydrophilic surface. 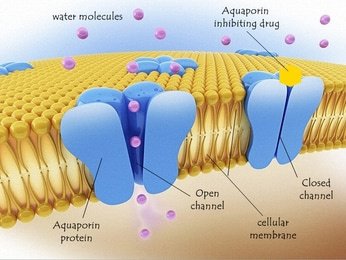 The pioneer in the production of membrane elements based on aquaporins was the Danish company with the same name, Aqiaporin®. Aquaporin Inside® biosimilar membrane elements are used for both direct (made possible by aquaporins) and reverse osmosis processes.

Aquaporin Inside® products include several types of membranes.

It is necessary to single out household membrane filters which entered the market only in 2020 and which are the most modern and productive solutions in the sphere of household reverse osmosis. The filters are compact and without tank and pump provide up to 3 liters of pure water per hour. The cost of such system is $ 780-900. Today they are only on the market in Denmark, the United States, Britain, India and the Balkan countries. 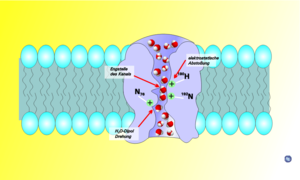 It is important to note that the company collaborates with NASA to develop water technologies for spacecraft, capsules and other equipment.

In Ukraine, almost nothing is heard about aquaporines for water purification. Nevertheless, there are some projects on the way. For example, the 2015 Sykorsky Challenge startup competition won a project to desalinate water through the use of such membranes.