In the last decade one of the most popular products, which is a must have in the cosmetic bag of every woman, is thermal water. Today we will talk about its “chemistry” and how it works.

What is thermal spring water for your face??

One of the first google queries is “thermal water for face what is it”. Originally this special water came from thermal springs, which are hot springs heated by the Earth’s geothermal activity. Usually the level of mineralization in such waters is quite high, although there are also low mineralized waters. Produced mostly by French drugstore cosmetics brands: Avene, La Roshe Posai, Vichi, etc.

Some manufacturers make it artificially, using mineral water or enriching pure water with minerals and other components, such as hyaluronic acid, vitamins or plant extracts. Such water can not be called thermal (although manufacturers often do so), but a properly chosen composition can be no less effective than natural thermal water.

Evian and Morshinskaya can be attributed to the producers of such water.

The composition of thermal water

Depending on the source, thermal waters may have a variety of composition, the most common elements are the traditional mineral water components, sometimes in higher concentrations. 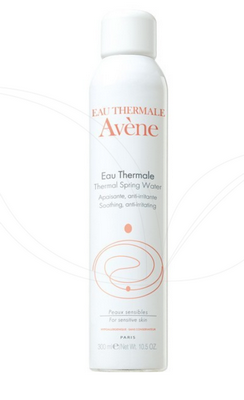 Below we present the content of various cations and anions in different brands of thermal waters.

All of the minerals in thermal water are part of the compounds that make up the skin’s natural moisturizing factor (NMF). To begin with, let’s look at what this mysterious acronym actually means. NMF refers to a complex of protein compounds and amino acids that are found in the surface layer of the epidermis and can trap moisture around them. When these compounds are in low supply, the skin loses its elasticity, turns gray, and may become flaky and cracked. It is important to note that thermal water does not contain exactly these acids, but only their inorganic components. 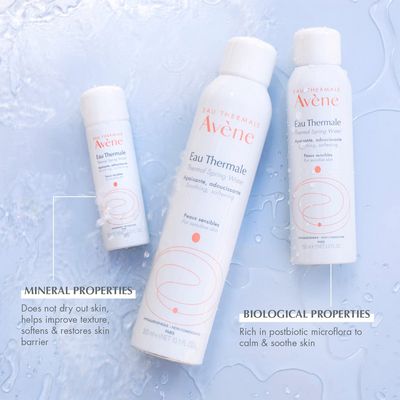 Almost all of the articles we found specialized in certain brands of French thermal waters, some in thermal spas. In general, this can be explained not only by marketing, but also by the fact that, in fact, all thermal waters got their names based on the regions or names of springs where they are obtained.

The materials we have reviewed describe the effectiveness of thermal water for:

It is also important to note that low mineralized thermal water works better, although this fact is confirmed by a study paid for by the manufacturer of this particular water. 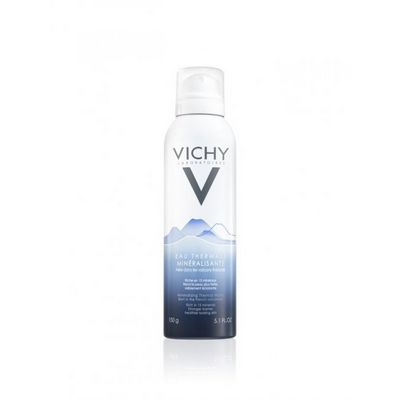 However, all the studies, of which there is quite a wide range, confirm the effectiveness of both low and high mineralized thermal waters, and even those that are not sold under the famous brands (but are present in well-known resorts). This fact suggests at least that thermal water is safe.

Another issue we found on the expanses of the Internet is the “danger” of nitrogen. It is added to the tanks to induce pressure in them and allow for spraying. In fact, this component cannot be dangerous for the skin, because the nitrogen from the bottles is no different from nitrogen, which makes up about 78% of the air we breathe.