Water is one of the simplest compounds that can really be called the source of life on earth, and it is involved in many biological processes. On the blog, we often refer to certain properties of water, but rarely reveal their essence. Today let’s try to be Wikipedia and dip into the physics and chemistry of water and talk in simple terms about why it is not only “the source of life on earth” but also a truly special chemical.

Pure water is tasteless and odorless, at normal temperature (20o C) it is in liquid form.

“Water” is a trivial name, the chemical compound is called hydrogen oxide. From the name, we can understand that it contains hydrogen and oxygen ions, which are bound together by what is called covalent bonding. 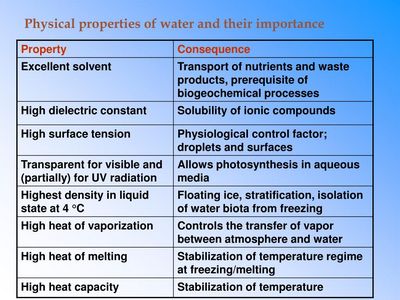 Also each water molecule is capable of forming up to four hydrogen bonds (2 of them hydrogen, 2 oxygen). All the anomalies of the physical properties of water are related to them – water has a rather high boiling point (100 o C). If there were no hydrogen bonds, water would boil at -80o C and freeze at -100o C. This structure allows us to see water in three aggregate states (ice, liquid, gas) in our natural environment. Here are brief descriptions of the physical properties of water, but here are more detailed descriptions about how water boils and freezes, why heavy water differs, we wrote earlier.

The chemical properties of water

Here we will talk in more detail about what chemical properties water can exhibit and how they relate to the performance of water on earth.

If we consider water as a component of reactions, the basic chemical properties of H2O you need to know in order to understand the processes in the environment, you can describe with a small list.

With alkali and alkaline earth metals, the interaction is quite violent with the release of heat and sometimes even light, such as sodium, potassium, calcium are able to move and even “jump” on water.

Less reactive metals react either when heated or do not react at all, such as iron:

These reactions do not occur in the natural environment, but corrosion reactions, where air is attached to water, are very common:

This equation describes the formation of rust on iron surfaces. Similar processes can also occur with copper, zinc, and their alloys.

Reactions with non-metals occur solely by heating or other types of action. They are also not fundamental to the study of the properties of water.

Very often water in nature meets carbon dioxide, as well as sulfur and nitrogen oxides, which are components of exhaust gases, by this mechanism:
SO2 + H2O = H2SO4.

It is these processes that result in acid rain. 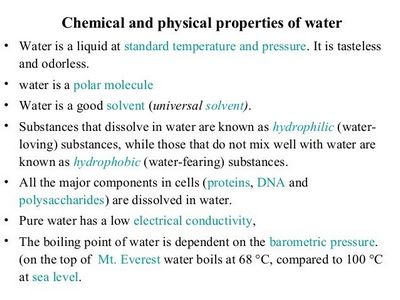 This unique reaction allows plants to synthesize nutrients from carbon dioxide and water under the influence of sunlight: starch and glucose.

These are, perhaps, all the reactions that may be of interest with respect to water as a separate element. 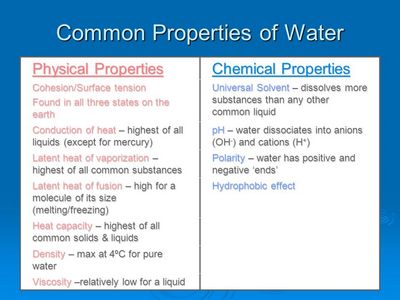 Water is a perfect solvent

Water is the ideal solvent, and so many processes take place invisible to our eyes. These are the ones that are the most interesting. There is no water in nature that does not contain impurities. Inorganic salts and gases are always dissolved in water, and under anthropogenic impact, a huge assortment of organic substances. Including: 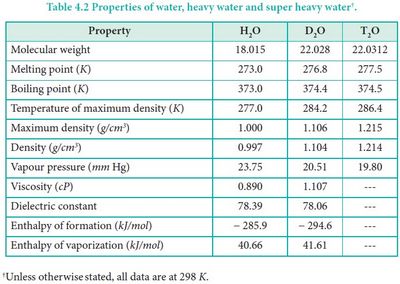 For example, the natural hardness of water is due to the fact that as it moves through the rocks, it becomes saturated with minerals. Depending on the composition of rocks, their solubility, ambient temperature, certain concentrations are able to dissolve in water. These rocks are mainly carbonates, sulfates, nitrates of calcium, magnesium, sodium, potassium, etc. cations. Perhaps the main minerals that make up the basis of hardness are gypsum (CaSO4), dolomite (CaCO3-MgCO3), limestone (CaCO3).

As for dissolved iron and manganese, they are mainly characteristic of natural well waters, since soluble iron salts usually “live” in spaces with a lack of air. Their sources are mainly magnetic, lignite, red ironstone, magnesite, etc. 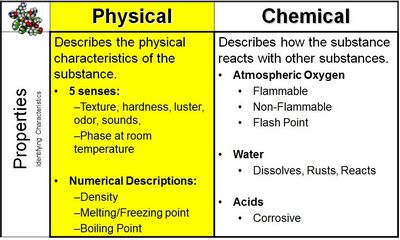 Hydrogen sulfide is also stored deeper in the groundwater, as a product of chemical changes in organic substances. In the air, too, tends to oxidize to elemental sulfur and precipitate (usually invisible to the human eye).

Natural surface waters always contain dissolved oxygen and nitrogen-containing components obtained as a result of microorganisms’ vital activity – ammonium, nitrite, nitrate, which are easily converted into each other. There are also always proteins and amino acids in bodies of water.

As for the anthropogenic load, it is the most toxic pollutants introduced into the water: