One of my favorite topics is pseudoscientific myths about water. Many people remember Kashpirovsky’s TV sessions and jars of water near the TV. Today we will try to understand if water actually has a memory and tell us what pseudoscience is built on this claim.

Chemically pure water is a substance that consists of two hydrogen atoms and one oxygen atom and therefore has the formula H2O. Any water that we consume for drinking whether it is purified, bottled, spring water or tap water will not be chemically pure because it dissolves many minerals and organic substances. Some of them are useful in certain concentrations, like calcium, magnesium and sodium, and some are dangerous, like heavy metals, organochlorine compounds, phenols, etc. Omitting all the arguments of the supporters of structured, anointed or any other water, we can argue that the benefits and harms of the liquid used by man for drinking and cooking will be determined solely by the composition and content of useful and harmful impurities. We’ve written about them extensively before.

Now let’s move on to the structure of water, because it explains the fact that water has a memory. As we wrote above, it contains a large oxygen atom and two small hydrogen atoms, which are “fastened” to oxygen by electronic bonding. In addition to this bond, water molecules can form an additional bond between the hydrogen atoms. The hydrogen bond is actually the reason for most of the unique properties of water and explains the cluster structure of water.

It is this hydrogen bond that gives water its unique properties. This is both its ability to expand when freezing and its unique ability to dissolve many substances.

What is the molecular structure of water?. Clusters are certain conglomerates of water molecules that usually have a stoichiometric shape. There are no scientific studies confirming formation of water clusters in clean water. They can form in the atmosphere, in crystals, around protein molecules, etc., and the answer is no. True and full-fledged structurization of water occurs only when it is frozen. Science knows that a certain amount of water clusters remain in the water when defrosting for some time, but they are not stable and disappear due to the thermal movement of water after a short time or when stirring or heating to 30 oC.

We’ve figured out what clusters are, where they come from, and how they appear. Now let’s talk about whether water clusters and water memory are related by research, why homeopathy doesn’t work and why water can’t be charged from a TV.

Does water have a memory??

This seemingly mysterious question has one answer today. And that answer is no. Kashpirovsky with his charging of water through TV was not the only person who successfully promoted this pseudoscience. Thanks to this judgment an entire pseudoscience was born – homeopathy. How did this happen? Hahnemann, the founder of this science, claimed that very strong dilution endows substances that in normal concentration are harmful with healing properties. But then in the 17th century, Avogadro’s number was found, which characterizes the number of water molecules in one mole of a substance. It turned out that Hahnemann’s dilution was so great that it was virtually impossible to find even a single molecule of the active ingredient in these remedies.

The new founding principle of this science decided to adopt “water memory,” which is still the founding principle of homeopathy. The theory was that water had molecular memory and retained the properties of substances that had been dissolved in it before, up to multiple dilutions. The international community viewed homeopathy as quackery. The same position is held by the official representatives of the authorities in all developed countries and, respectively, the World Health Organization. The position of the Ministry of Health of Ukraine on this issue is also unambiguous. 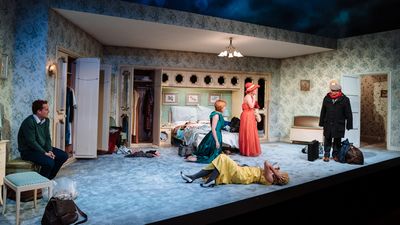 The next way to popularize pseudoscience was the study of French immunologist Jacques Benveniste. In 1988 he published an article in Nature that showed the results of studies on the effects of small amounts of antibodies on the human body.

The article said that the scientist received confirmation that water in which some substances had been previously diluted has a memory and is able to affect the human body. Although this claim totally defies the laws of physics and chemistry, various groups of scientists decided to verify this research.

The first of these was a group led by Nature editor John Maddox, it also included James Randi (founder of the foundation, which was engaged in verifying new scientific facts), Walter Stewart (physicist and freelancer at the U.S. National Institutes of Health). They came to Benveniste’s laboratory to repeat the experiment. At first it was successful, but after blind testing, when the experimenters were unaware of what samples were being used for the experiments, there was no reproduction of the results.

Later it turned out that the research had been paid for by the homeopathic remedy manufacturer Boiron, but the belief in water memory did not fade, but found a new wave of popularity.

Later, the James Randi Foundation designated a $1 million prize.dol.$1 million prize to whoever could prove the memory effect of water. There were several attempts to confirm Bennivest’s arguments about changing the structure of water, but none were successful.

In 1999, Japanese scientist Emoto Masaru published a book titled “The Great Mystery of Water,” which revealed that crystals of frozen salted water looked aesthetically better than other.

Nobody has found confirmations to this fact too, but a lot of scientists have shown the facts, but the Russian TV channel has made a big film on this occasion, which spread in the post-soviet countries and gave the motor to the next pseudoscientific fact.

Here is some information about the water memory theory. Now you know that water has no memory, and whether you believe in it or not is up to you 🙂