Modern man has available a large number of methods for purifying water, but he continues to resort to some esoteric techniques and methods that can be not only ineffective, but also dangerous. One of such methods is the “silver water”. 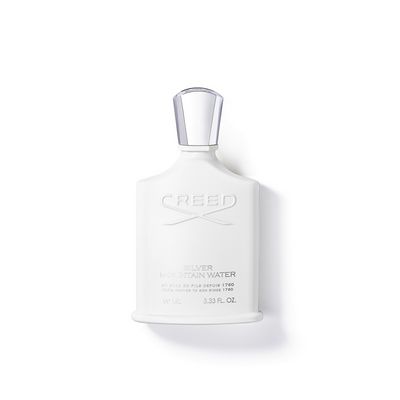 Today let’s talk about what it is, where do they take it from and what do they eat, or rather drink it with?. So, let’s begin.

The real properties of “silver water” and silver

In fact, silver ions, as well as the entire sixth group of the Mendeleev table, have bactericidal properties, and this is no secret, as there is a sufficient number of studies confirming this fact.

In the first or second paragraph of nine out of ten materials about “silver water”, there is mention of the army of Macedon, which sterilized water by storing it in silver utensils. There are more mentions of silverware in ancient Rome. But where did these practices come from in the modern world?

There are many scientific publications about ionic and colloidal silver, but although research has been going on since the 60’s, its miraculous properties have not been revealed in clinical studies, unlike the side effects, but we will talk about these below.

It is effective against a large number of bacteria, fungi and viruses at concentrations in water of 50-300 mcg/L (0.05-0.5 mg/L), while its MAC is less than 0.025 mg/L. This means that when the concentration of silver in the water is higher, the water becomes toxic and should not be drank.

Fortunately, silver solutions are not yet widely used as an active marketing ploy, although it is its most digestible and stable form.

When asked how to make silver water with your own hands, Google said there are two ways:

Let’s write a little about the realization of the electrolytic method.

A silver object is connected to the battery (plus terminal) or the power supply and a stainless steel object is connected to the minus terminal (this can also be a teaspoon). Once the device is lowered into the water and the circle is closed, it is considered to be on. In this case, there will indeed be saturation of water with silver ions, but it is impossible to determine their concentration.

There are also water ionizers, these, unlike homemade devices, provide a controlled silver content to help prevent poisoning. 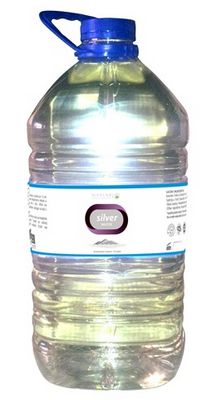 So-called “colloidal water” is distilled water that contains suspended particles of metallic silver ranging in size from 1 nm to several microns. These nano- and micro-particles do not settle because of their small size. After time, they can coagulate (clump) and settle to the bottom, so stabilizers are usually added to solutions. Because of the optical effects, concentrated colloidal silver solution is usually a rich, dark red color; solutions that are sold as dietary supplements usually contain up to 10-200 ppm colloidal silver. There is no regulatory value for silver colloids in water.

According to reports from the National Institutes of Health, the effects of colloidal silver on the human body are currently understudied. The Food and Drug Administration (FDA) warned back in 1999 that colloidal silver is not safe and effective for treating any disease. Including silver water is not effective against cancer, SARS, and lung disease.

1. Argyria is a disease in which the color of the skin changes to blue. It occurs when sulfur sulfide, which has a blue-gray color, accumulates in the cells of the skin, mucous membranes, whites of the eyes due to the reaction of silver with cellular sulfur.

One of the most famous examples of argyria is the case of Paul Carason, who was jokingly nicknamed Papa Smurf. He took colloidal silver preparations for over 10 years to cure dermatitis. He could not cure dermatitis, but he became popular.

2. Also a side effect of taking too much silver in the body is a decrease in the absorption of antibiotics and thyroxine (used to treat thyroid disorders).

Silver water for children can be especially dangerous, as all heavy metals are much worse eliminated from the children’s body. 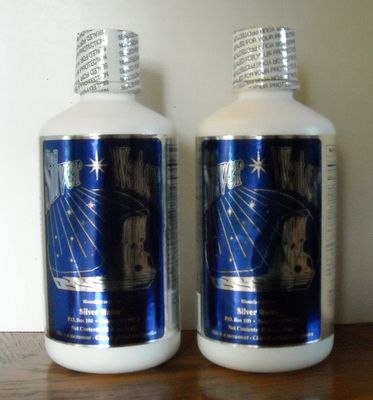 History of the silver spoon

The history of water infusion on silver objects is very common in the expanses of the former Soviet Union, as we have not found similar information in international sources on the Internet.

There is a version that the roots of this history grow from religion, which claims that a silver cross dipped in baptismal water gives it healing properties. And it is quite possible that this is a low level of education in the post-war period, when it was known that silver was an antiseptic, but it was not known that not by itself, but its solution.

As for the chemical point of view, metallic silver is an inert material that does not react at all with water, accordingly, there will not be any bactericidal effect.

It is important to note that infusing water with silver spoons in general is simply useless and does no harm in itself. But negative consequences can occur when the water with which the vessel is filled is microbiologically contaminated. This can result in multiplication of microbial colonies, and instead of e.g. one E. coli, which the immune system can easily overcome, an entire colony may appear, which can lead to prolonged diarrhea.

“Silver Water from the Spring

There are natural springs and bodies of water in the world with elevated silver content. Perhaps the most important of these is the Ganges River in India. In a study of some samples of water from the Ganges, silver concentrations of up to 0.4 mg/l have been observed, far in excess of the normative content of silver in water. The tradition of ablution in this river is connected with this; some people believe in the healing properties of the water. But we should not forget that this river is still considered the most dirty in the world, including its contamination by human waste and even remains, so it is often still mentioned as a source of dysentery, salmonella, typhoid, and even cholera.

There are in fact many silver-rich water sources in the world. For example, in Ukraine they can be found in the Rivne and Transcarpathian regions.

Frankly speaking, we haven’t found evidentiary information about the usefulness of “silver water”, moreover, even those who promote it, write about the probable side effects . Therefore, we do not recommend its use in the diet. Well, studies of the properties of ions continue, so it is possible that soon the silver salts will actually be more widely used for medical purposes. For example, methicillin-resistant Staphylococcus aureus, which is resistant to antibiotics, is not resistant to solutions of nitrate and other silver salts.