People have invented antibiotics and supersonic airplanes, but some myths with no scientific basis continue to exist. So today we will try to bring some common sense to the understanding of the process of household drinking water purification, and try to understand why people use shungite stones for water infusion.

What is shungite water?

In simple words, shungite water is water which has been steeped in pieces of the mineral shungite for 3-5 days. To understand what this mineral can do with water, let’s look at its composition. 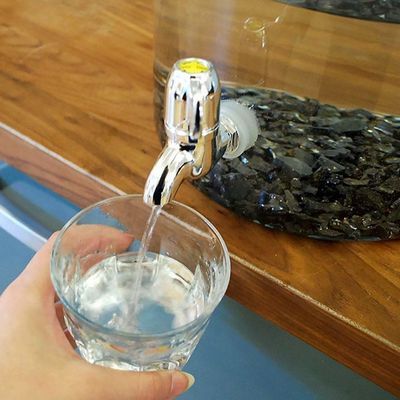 Shungite is a natural mineral that was formed in the Precambrian Period (more than 541 million years ago). The composition and properties of the mineral shungite are similar to those of anthracite and graphite. There are varieties of shungite black, dark gray and brown.

Shungite is the product of dead plants, algae, and the remains of living organisms at the bottom of fresh water bodies. These sediments gradually compacted under their own weight and sank lower and lower into the earth’s interior. Under the influence of high pressure (compression) and high temperatures there have been transformations, the product of which are the inclusions of amorphous carbon in the mineral rock.

The pure mineral is extremely rare in nature, it is mainly thin layers (up to 30 cm) in other rocks, most often it is found in shale rock and dolomite. The main deposits of this mineral are in Russia (Karelia) and Kazakhstan.

The study of shungite composition has been performed many times. On average, the mineral component, i.e. inorganic substances, occupies about 65-70%.

Here we present a table analysis of the components in shungite for water. We used emission spectral, atomic absorption and other analyses, which require sophisticated equipment and methods. To do this, the original shungite is calcined at 800 oC to remove burning carbon compounds, and then its composition is studied.

All about shungite for your household 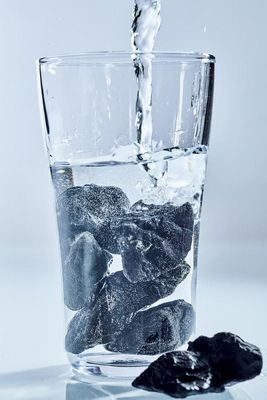 It is worth noting that the remaining components, although not combustible, but during calcination may undergo changes, for example, go from hydroxides and salts to oxides. The initial shungite may contain both soluble and insoluble mineral components.

As you can see, this table has a large range of heavy metals. Most of these substances are in an insoluble form and will not be released into the water, and the concentrations of the rest are so low that even in this case shungite water can not do harm.

The use of shungite for water purification

Crushed shungite (calcined shungite) is highly resistant to abrasion, chemically stable and does not create secondary contamination of water, which allows using the material as a load for mechanical water filters. Because of its rough surface and small porosity it also has catalytic and sorption properties.

It is worth noting that the material does not exhibit any unique properties or special selectivity towards any substances. Different materials can be used for mechanical filtration, such as quartz sand or clinoptilolite, deposits of which are found in the Transcarpathian region. As for the sorption properties of shungite, they are also not outstanding: activated charcoals solve the problem of removing organic substances much more effectively, zeolites (including vitamins, zinc oxides, and zinc-rich alkalis).(This is the standard for drinking water.) So is clinoptilolite.

Let’s compare the properties of shungite with other materials.

As for the quality indicators of treated water, here are some data with references to research sources.

Ion-exchange and sorption properties shungite does not effectively soften tap water. When treating water with an initial hardness of 9.2 mmol / L there is no significant change in water, although even the usual clay reduces the index to 6.2 mmol / L, which is an acceptable standard for drinking water.

Consider the sorption properties of shungite. They are quite weighty, but in comparison with the traditional activated carbon used for sorption water purification, they do not seem to be effective enough. There are no complete researches of working capacity and practical installations which would perform sorption of water as well as complete researches of household filters or soaking. It is worth noting that the sorption activity decreases sharply at a total mineralization of more than 300 mg/l.

Considerable effectiveness can be observed in relation to the reduction of iron and manganese; this is due to its rough structure and therefore its catalytic properties.

Nowadays, shungite is used for mechanical water purification at water treatment stations in Karelia, and drinking water cartridges are also made, which slightly reduce the color and turbidity of water.

Why is shungite so popular??

The first studies of this material were carried out in 1928 – 1937., In pre-war times. After the war they remembered schungite and began to look for its applications, deciding to use it in the purification of water.

First it was proven effective as a load to reduce iron, color and turbidity in water. It is worth noting that compared to the activated carbon used in the postwar years in Russia, the material did have similar properties and the process of extracting it was cheaper.

In the last thirty years, it has been used to make jewelry, crystals, and water filtration loads.

In the modern world shungite water is a product of marketing, built on the myths of medicinal properties, which are not supported by anything but fairy tales of magic.

MJ Pangman: The benefits of shungite for water and how to use it.

If you’ve read to this point, you probably already understand that we will not describe the healing properties of shungite water.

We would like to point out just one important nuance. The process of sedimentation (which is how shungite water is made) means that the water is poured into a container, stones are put there and then waited for 3-5 days. As long as the water stands (especially during the warm season) microorganisms can multiply in it, which only makes it more dangerous. For this reason, its use for inhalations is strictly prohibited. 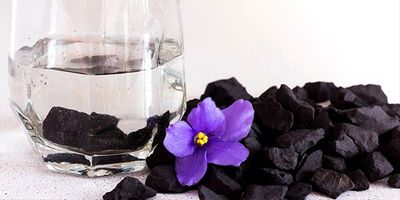 Shungite water for face, baths and washing also, as you may have guessed, is not effective.

We honestly tried to find the miracle properties in scientometric databases and tell you about them. But we have not found any studies that would make us believe in the power of shungite and shungite water.