Very often people in the pursuit of health find a variety of sources of “live” and “healthy” water, but unfortunately it turns out that the water from them is even more dangerous than, for example, tap water. Today we will talk about whether it is safe to drink rainwater and what dangers it may pose. 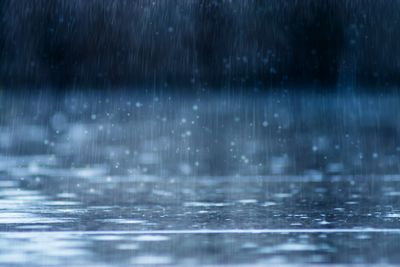 Where does the rain come from?? 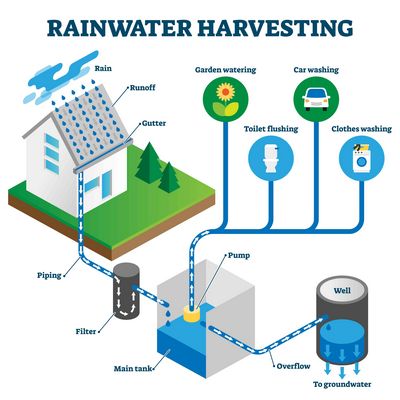 71.9% of the Earth’s surface is covered with water, including the oceans, surface waters, and glaciers. When sunlight hits the water surface, some of the water evaporates and disperses into the atmosphere. When warm air masses come in contact with cold air masses, rain clouds form. They consist of ice crystals and supercooled droplets. When the mass becomes critical, the crystals coalesce, sink lower, melt, and rain to the ground, forming stormwater which then drains into oceans, bodies of water, and groundwater through the earth’s surface.

The chemical composition of rainwater

Since microdroplets are produced by evaporation, the water in clouds is actually quite pure. It is low in mineral content, so it contains practically no dissolved substances. But the atmosphere, that is the air around depending on the region can contain a huge variety of contaminants. Water, as we know from school chemistry course, is an excellent solvent, respectively, can absorb almost everything. 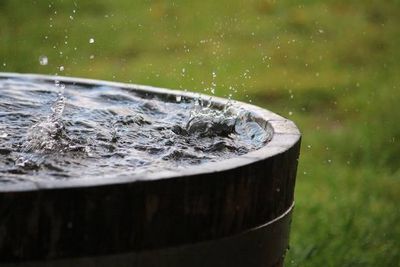 The problem of smog on the territory of large cities and industrial centers is quite widespread. Sometimes it reaches such proportions that one can literally see what one is breathing.

According to the table that accompanies the Ambient Air Protection Act, there can be 509 different pollutant names in the atmosphere of cities. The main ones are nitrogen and sulfur oxides, ammonia, vapors of aldehydes and phenols, including formaldehyde, as well as soot, dust containing heavy metals and their compounds. By the way you can monitor the state of the air on the website of the Ukrainian DNS, on the SaveEcoBot website, or on the Kyivsmartcity website (though temporarily the system is not working).

When raindrops come down to the ground, they accumulate everything in the air. That’s why after the rain it becomes easier to breathe. Gases, some organic and inorganic substances are able to dissolve in water, and the dust simply “adheres” to the droplets and forms a kind of emulsions. For this reason, in large cities and industrial centers the quality of rainwater is sometimes quite low, if not dangerous. 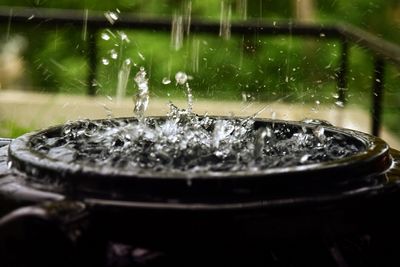 Consider what can get into the water from the air. 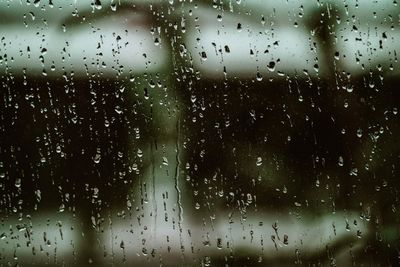 Sulfur and nitrogen oxides, which are probably the main air pollutants and are present wherever there are cars, TECs and heavy industries. They can react with water to form sulfuric and nitric acids, i.e. acid rain, which even affects plants. For example, it is one of the main causes of the destruction of Kyiv chestnut trees. It goes without saying that drinking such water will not be useful, it is not even rational to use it for irrigation.

The next most common pollutants are fine particulate matter – dust, ash, soot, inorganic and organic lead compounds (which is emitted when using leaded gasoline), mercury, etc. These components are mostly only partially soluble in water, but after being introduced by rain into the soil and water bodies, they successfully enter the human food chain. 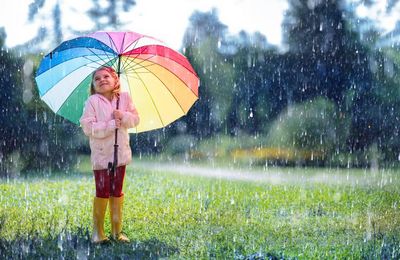 Another consequence of the dust contamination of rainwater, is that these very solids are perfectly attached to the bacteria. In the air, their concentration will not be dangerous, but after accumulation in the water, they can form very viable colonies. Just imagine that one liter of rainwater is capable of absorbing pollution from 300 m3 of air.

Ammonia, phenols, benzapyrene – all of these are also in the air of large cities and will certainly be contained in stormwater. 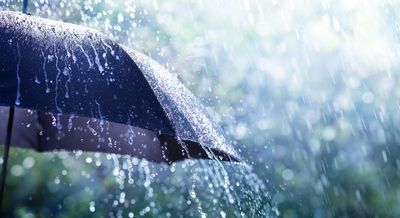 Composition of rainwater in Ukraine

As for rainwater analyses, not many scientists have set out to conduct and study them. In particular, this is due to the fact that the U.S. is sufficiently provided with water resources and rainwater is practically not considered as a significant source of water supply. But we will cite some studies. Please note that the composition of rainfall can vary quite frequently, depending on the movement of air masses, intensity and even the time of day.

Very interesting are indicators of rain water quality in Mariupol (they, perhaps, can be used as a benchmark of maximum rainwater pollution). The water has a high turbidity and even an odor. Indicator of chemical oxygen demand, which indicates the presence of a fairly high number of organic compounds – 7.3 mgO2 / L, the limit concentration for water bodies is 9 mgO2 / L. The water also contains nickel and aluminum. 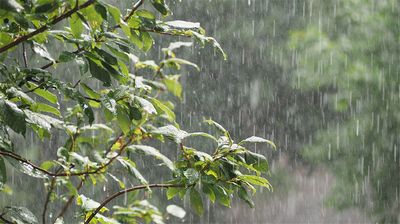 Samples taken in 2012 on Snake Island (Odessa region) show that the rainwater contains up to 160 mg/l of dissolved substances, including ions of hardness salts, sulfates, nitrates, chlorides, ammonia, phosphates and nitrates at low concentrations, i.e. everything that contains sea water.

And now let’s take one of the cleanest points in Ukraine, located in the Carpathians, where there are no sources of industrial pollution and megapolises – the slopes of Hoverla mountain . Indeed, the water there is not very turbid, but even so, 56% of the samples were acidic, despite the environmental well-being of the region.

Is rainwater good for drinking?

Perhaps if you have read all of the above information, this question should have fallen away by itself. There are not many full chemical analyses, but they say that such water is not worth drinking. As you can see, rainwater distilled on the way to the cloud, is no longer such when it goes to ground, and to evaluate it as a kind of safe source of drinking water is not worth.

Nevertheless, it can be an excellent source for domestic needs, or for irrigation (if, of course, you live far from megalopolises and industrial centers).