Phenols are a group of industrial organic compounds that, despite their dangers, are not often discussed in public. For Ukraine, and especially for its industrial regions, this problem is rather urgent, considering the fact that the main source of drinking water intake is surface water, and the existing systems of centralized water treatment do not allow effective removal of this group of pollutants.
In December 2021 the media reported that in some towns of Donetsk region the tap water had a specific pharmacy smell characteristic for chlorophenols (byproducts of chlorination of water containing phenols). The problem was observed in those territories, which are supplied with water by Slavyansk Vodokanal. There was no problem either upstream or downstream of Seversky Donets. Local authorities initially reported that this is a consequence of active blooming of water bodies, but water bodies are actively blooming in summer, not in winter, and the pharmacy smell does not correspond to the natural organic substances, even after chlorination. Obviously, the cause of this odor was the introduction of phenolic compounds into the water, because it is they who during the chlorination process lead to the characteristic odor. Later this fact was confirmed in the company “Voda Donbasa”, but the source of phenols was named the river Udy in Kharkov region.

Today we will try to lift the veil of ghost phenols and less ghostly chlorophenols in Ukrainian waters.

What is phenol and where does it come from in water?

In the past, a characteristic odor was often encountered in medical institutions, caused by phenol or carbolic acid used for disinfecting. This is the simplest compound in this group. In terms of chemistry, phenols are a large group of aromatic organic compounds that contain varying amounts of hydroxyl groups (OH-). In simple terms, these are chemicals that are very widely used in industry to produce polymers, dyes, surfactants, pesticides, medical products, etc. Each of us daily encounters products derived from phenolic compounds and their emissions into the air and water. The most common water pollutants are carbolic acid, guaiacol, thymol, chlorophenols, cresols, ethylphenols, xylenols. 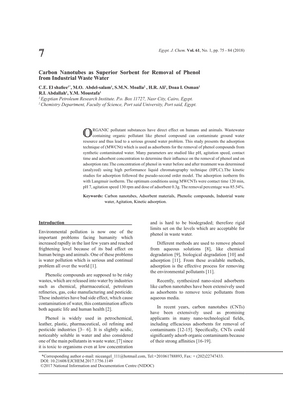 The main sources of water and soil pollution are:

The phenol plant in Dzerzhinsk is an enterprise with more than a century-long history of production and pollution. The plant’s last waste accumulators were built in 1985, and are huge lakes that are reinforced only by a layer of thin film and a layer of loam, which slows down the seepage of hazardous effluents into the groundwater, but is more of a symbolic protection. Moreover, since the beginning of the war in Donbass in 2014-2017, there have been repeated shells hitting the dams of waste ponds, which were urgently backfilled. Probably that symbolic protective layer under the water mirror was also repeatedly destroyed. It is difficult to assess the degree of environmental contamination at this time, since the start of the war in Donbass, access to monitoring wells is difficult or impossible at all. At the moment the storage tanks contain about 300 tons of chemical waste (aqueous solutions with phenol, sulfuric acid), more than 350 tons of carbonate sludge, and about 50 thousand. square meters of phenol-alkali solution. In the case of a large-scale accident at the plant and its settling tanks, there may be a global environmental disaster, which will leave a large part of Donbass without drinking water for a long time, and the consequences of the environmental disaster will significantly affect even the Sea of Azov. The Kazenny Torets River, which belongs to the Seversky Donets basin and flows near the plant, is one of the dirtiest in Donbass.

Separately, it is worth mentioning pesticides based on chlorophenols, which are introduced into the soil during the treatment of plants, and then washed into groundwater, with them enter the wells of people, rivers and reservoirs.

Phenols can also originate from natural processes in water bodies, but even in case of unfavorable ecological situation, the concentrations emitted in a natural way are not comparable with industrial emissions.

Phenol is also present in wastewater from our homes at aeration stations, along with municipal solid waste dumps, we close the chain of phenolic pollution of water bodies. 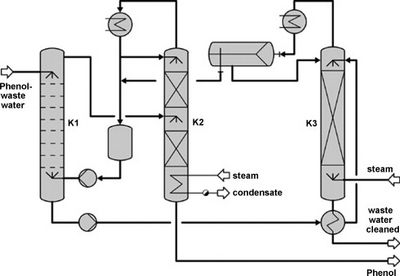 According to the ecological passports of the regions the leaders in phenol emissions in water bodies are Zaporizhzhia, Donetsk and Lugansk oblasts, where the enterprises discharge about 100, 55 and 22 tonnes of phenols respectively every year. If we consider the induced data further, the emissions of phenols are noted in Kharkov, Dnepropetrovsk and Cherkassy regions, respectively, 204, 44, and 31 kg. Nevertheless, despite such a high official environmental friendliness of the industry in other regions, practically all rivers and large water reservoirs are polluted with phenol compounds.

We have not found a systematic review of these indicators, but if we refer to Ukrainian scientists, phenols are recognized as typical pollutants for almost all surface waters. A brief analysis reveals a number of trends. For example, in the Seversky Donets basin, the rivers Kazenny Torets, Bakhmut and Udy have critical levels of pollution. Within the basin of the Dnieper river, the most polluted rivers are the Samara, Vovcha, Irsha, Irpen, Udava, Seim. Kiev and Kanevskoye water reservoirs are also contaminated with phenols. The situation in the Danube, Dniester and Southern Bug is better, the waters are generally characterized as slightly and moderately polluted. However, separately worth mentioning is the Ingul River, which has one of the highest rates of pollution by organic substances.

With regard to tap water, systematic studies that would be sufficiently informative, we have not found. In 2020, amendments to the state sanitary standards for drinking water entered into force, setting the maximum concentration of phenols in tap water at 0.001 mg/l and 0.0005 mg/l for bottled water. The maximum allowable concentration of chlorophenols must be less than 0.0003 mg/l for both tap and bottled water.

How to extract chemicals from over the counter products

Given the WHO regulation, the minimum concentration limit for detecting the odor is 2 mcg/l, or 0.002 mg/l, which means that its appearance signals at least a sixfold excess of the MPC.

For decentralized water sources, i.e. wells, natural springs, and drip chambers, these indicators are not regulated at all. However, even without phenols, groundwater rarely meets drinking water requirements.

Chlorophenols and that drugstore smell

When water containing volatile phenolic compounds enters sediment ponds at water treatment plants, some of them are successfully excreted into the air, and what is not removed in this way, successfully passes all stages of water treatment and goes to chlorination, during which they are converted into chlorophenols (class of organochlorines), which successfully get to our taps and at high concentrations get the very pharmacy smell.

Phenol – Chemical of the Month

These substances are perfectly absorbed by our digestive tract and can even penetrate slightly through the skin. They do not tend to accumulate in the body and are rather quickly eliminated from the body of mammals.

If we consider the presence of other organochlorine substances in tap water, as well as a number of heavy metals, there is little reason to be optimistic.

Water purification from phenol and chlorophenol

Above we told what happens with phenolic compounds in our traditional water treatment plants, and the experience of Slavvodokanal showed not only a significant excess of phenols in surface water and, consequently, chlorophenols in tap water, but also the inability to respond to the problem, and even more quickly solve it.

The easiest and most accessible method of removing virtually all organic contaminants is to filter water through sorbents, particularly activated carbon. The organic matter particles penetrate the fine pores of the carbon and are trapped there.

Activated carbon filters are used, as for drinking water treatment directly in systems such as under the sink, and in installations for the entire house. 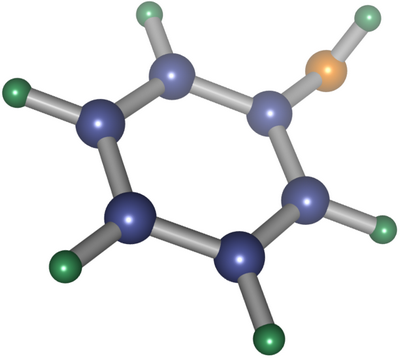 When it comes exclusively to drinking water, reverse osmosis is a universal solution. The reverse osmosis filter is a multi-stage system which consists of three basic steps:

Centralized water treatment systems, as well as water pipelines in Ukraine require systematic systematic reconstruction, relatively low tariffs allow maintaining them in current condition. The main task of centralized water treatment is to protect the population from infectious diseases and acute poisoning by chemicals, but no more. So the safety of the water we consume for drinking and cooking and the long term consequences are the responsibility of each individual.