A few days ago in the comments on our site asked whether the mineralizer is able to change the redox potential (ORP) of water. Since this indicator is not a parameter of water quality in Ukraine, but is used in completely different processes that are not related to drinking water treatment, we decided to look for the reason why the visitor of our website had this question.

If you “google” in the first positions of the search results negative ORP water is described as the determinant of “living” and “dead” water. Since we live in an era of high quality analytical chemistry and evidence-based medicine, such materials arouse some skepticism.

So we went to look for confirmation or refutation of the healing properties of such water in the scientific literature. This piece will be about what we knew before, and what we have discovered in science databases.

To begin with let’s consider national and international standards for drinking water.

This indicator is not standardized, as it does not define any true water quality indicators. It does not exist in the State Sanitary Regulations and Norms of Ukraine.2.4-171-10 “Hygienic Requirements to Drinking Water for Human Consumption”, which regulates the quality of drinking water in Ukraine, neither in the documents of the World Health Organization nor in drinking water standards of European countries.

In the WHO documents, which describe water quality assessment, the redox potential (also called ORP) is described solely as an indicator that determines the effectiveness of chlorine as a disinfectant, and a preliminary assessment of the likelihood of the presence of certain pollutants in water.

What does ORP of water mean?

Redox potential (reduction-oxidation reaction) or redox potential characterizes the ability of a substance to attach ions to itself or to be reduced.

Water always contains a certain amount of substances that are oxidizers and reducing agents. These substances form redox pairs that begin exchanging electrons. They have a negative charge (1 electron takes away one unit of an atom’s charge).

A reducing agent, like hydrogen sulfide, is a substance whose atoms can give off electrons, i.e. be their donor.

An oxidizer, such as hydrogen peroxide, is a substance whose atoms are capable of attaching electrons to themselves, that is, being their acceptor.

Relationship of ORP to pH

The concentration of the reducing or oxidizing agent also plays a role. In this case, use of a water ionizer will actually decrease ORP along with a decrease in pH. We have already written about how the ionizer works.

This value can predict whether the solution will have oxidizing or reducing properties. The higher the ORP value of a vapor, the higher will be its oxidizing potential, and vice versa.

Nearly all processes occurring in water have a negative potential. Ultimately, without the addition of extraneous substances, the issue will be the concentration of ions.

Why reactions don’t happen all the time?

This is a very important question. In fact, certain processes are constantly occurring in water. But not all. For example, under normal conditions, it doesn’t precipitate metallic calcium or sodium, and it doesn’t release hydrogen. 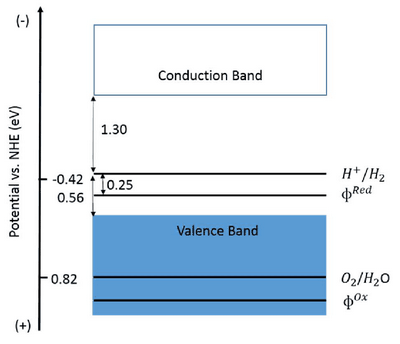 Even if there is a potential (whether negative or positive), the reaction will not necessarily occur. The picture shows a ball standing over a slope but not moving. For it to start moving, it needs a push, which is called activation energy. If the required activation energy is too high, the reaction may never occur. Most likely reactions that can be predicted do not occur, either in water or in biological media. 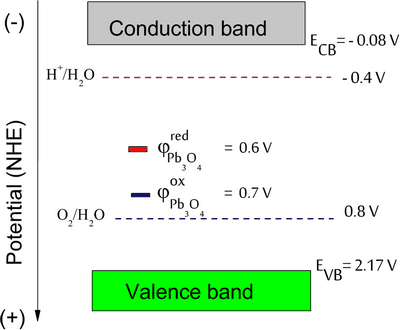 Also, we must not forget that water has a negative redox potential. It can be reduced either by a solution with molecular hydrogen (or ascorbic acid solution) or by heavy metal ions, such as aluminum. So it is important to remember that any manipulation should only be done with clean water. 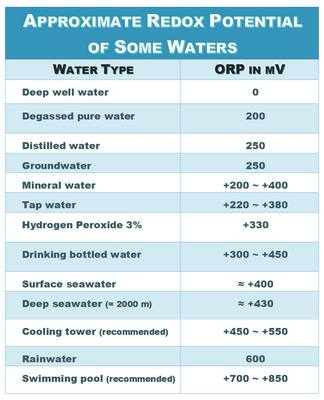 How does the ORP meter work??

Oxidation-reduction potential of water (as well as any other solution) is measured with a special device. In fact, ORP meter is a potentiometer or voltmeter. It is capable of measuring the same electromotive force that is caused by the electrons induced flow from the reducing agent to the oxidizing agent.

Measurement is performed on a special electrode with a sensor and transducer that transmits the reading to a screen.

The unit of ORP measurement is mV (millivolts).

Scientists have found that ORP of all liquid media in the human body will always be negative. Therefore, some scientists assume that consuming liquids that have a negative (reducing) potential will have a positive effect on health.

Nevertheless, we could not find clinical studies confirming the effectiveness of such water in improving well-being. Most publications concern laboratory experiments or methods of obtaining water. Some of the research was done for marketing purposes of one or another manufacturer of water ionizers.

It is also important to note that liquids from fresh fruits and vegetables have a negative potential, but cooked food, drinks, and tap water have positive potential values.

Natural waters are also extremely rare to have a negative potential, such as waters derived from mountain glacial springs.