One of the typical impurities in groundwater, along with hydrogen sulfide and iron, is manganese. It is not talked about much, because most often it is masked by iron, which creates the maximum discomfort when using water, and its harm to humans has been studied not so long ago. But the danger of manganese for health is much higher that is proved by its maximum permissible concentration of 0,05 mg/l for tap and bottled water and 0,5 for water from decentralized sources (wells, wells, captages). Today, we’re going to talk about how to visually know if manganese is in your water, how common it is in groundwater and surface water, and techniques for removing it from water.

How to analyze manganese in a drinking water sample

Where does the manganese come from in the water??

Like all other mineral constituents of natural waters, manganese compounds enter the water during the dissolution of natural rocks. Content of manganese in the Earth’s crust reaches about 0.1%. Manganese in sedimentary sediments is typical for almost all regions of Ukraine, from these natural sediments and it enters groundwater and partially surface water. It should be noted that on the territory of Ukraine is located the Nikopol manganese ore basin, which is the second largest in the world. 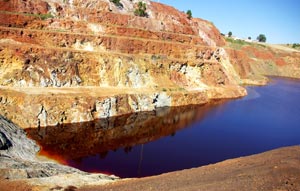 In artesian water, it mainly occurs in the form of highly soluble bicarbonates and hydroxides, less often in the form of manganese sulfate. Usually manganese can be found in waters, which contain iron. This is due to the fact that their chemical structure is close, and the minerals lie together.

In the surface waters of our rivers, the problem of manganese is also relevant. This is due both to its natural inputs and to mine waters, industrial effluents and mineral fertilizers. In the rivers it tends to form complex compounds with phosphates and organics, as well as colloidal systems with humic substances. 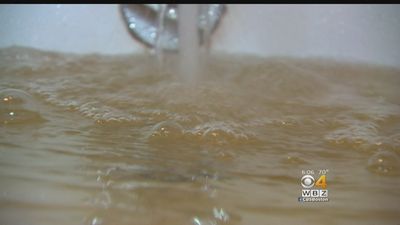 With regard to the distribution of manganese in Ukrainian waters, for example, in the rivers of Seversky Donets Basin the frequency of exceeding the maximum allowable concentration reaches 1.5 – 8 times, in Dnepropetrovsk region with the Dnieper and reservoirs situation is similar in most sampling points. The situation is a little better with the Dnieper River, along its entire length. 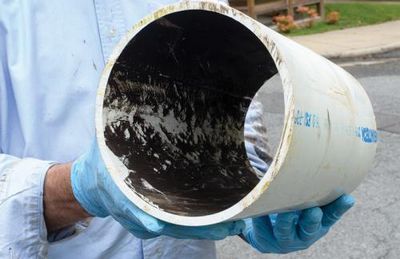 Manganese in drinking water from centralized water supply systems, despite its pretreatment, is also a problem in Ukraine, both in regions where water is supplied from groundwater horizons (for example, almost all Kiev oblast), and where water is taken from surface sources. In general, maximum permissible concentration of manganese is exceeded in 15-80% of samples of Ukrainian tap, well and borehole water. Below is a table indicating the percentage of substandard water samples in different sources in different regions of Ukraine.

Number of water samples from different sources, contaminated with manganese (%)

* Statistical data are taken from the issues of the journal “Water and Water Treatment Technologies”.

Determination of manganese in water

Due to rather low maximum allowable concentration (0,05 mg/l), it is impossible to visually detect several times excess of manganese in water with the naked eye. The probability of a rough estimate appears when its content is not less than 0.2 mg/l. These values are not found in tap water samples, but are often characteristic of groundwater.

The presence of a very high content of this metal in ground water can be indicated by the fact that some time after its pumping from the well, it takes on a gray hue, has a metallic taste and leaves a gray stain on the plumbing. Manganese in well water is often masked by iron, which has a yellow-orange hue that is more intense due to relatively high concentrations. Another indicator of the presence of manganese salts in the water will be a specific shade of plaque on plumbing: if the iron has a characteristic orange (rusty) color, in the presence of additional high manganese content in the water, the rust will have a reddish (and sometimes even maroon tint).

However, all of the above-mentioned points are only circumstantial and very rarely can clearly identify the problem. The most effective in such a situation will be an instrumental chemical analysis, which should not be neglected in view of the danger of this pollutant to humans. In the laboratory hydrogen.best-store-us.com we do all the basic research, you can order the analysis on the website.

How dangerous is manganese in water?

Despite the fact that manganese is an important trace element that participates in the synthesis of enzymes, its excessive intake into the body can lead to the occurrence of side effects.

The adverse effects of this metal on the body have long been known, but most studies have been based on its inhalation into the body, for example, during arc welding.

The corresponding disease has been called manganismus, with neurological symptoms in the initial stages of the affliction in the form of reduced reaction speed, irritability, compulsive behavior. In the later stages, the disease manifests with symptoms that are similar to Parkinson’s disease. Beginning in the early 20th century, researchers began to identify a link between certain diseases and concentrations of it in drinking water. In 2011, a background paper on this pollutant was published for the first time.

Regarding water and food, oral ingestion of this metal results in the same effects as inhalation.

According to the “Toxicological profile of manganese” guide, published by the US CDC, children are more likely to show symptoms of poisoning. Long-term systemic consumption of concentrations equal to or greater than 0.2 mg/l (months, years) may lead to mental problems, reduced intellectual capacity, aggressiveness, attention deficit hyperactivity disorder.

Another consequence of chronic manganese poisoning is the decrease of fertility in men. This sign is considered one of the earliest indicators of poisoning, it develops before the other symptoms. Scientists have not yet found a direct link with female fertility.

Manganese is not carcinogenic and has practically no effect on other organs and systems.

Also often asked if there is manganese in the water: can you wash? Manganese penetration through the skin is negligible, so bathing in such water is not dangerous.

Cleaning the water from manganese

Fortunately, the solution to this problem is easy. If we talk about drinking water, the best solution would be reverse osmosis filters, thanks to the membrane element, they provide a complete removal of metals and other toxicants from the water, making it safe for adults and children.

As for water purification systems for the whole house, in this case, the maximum efficiency have either backfill filters with catalytic loads, or a system of complex water treatment. 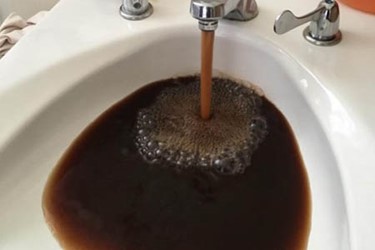 Catalytic materials work on the principle of accelerated oxidation, when the impurities are converted to insoluble state and deposited in the granules of the loading layer. Such materials include Purolox, Birm, etc. Ecomix is a complete water treatment solution for iron, manganese, hardness salts and natural organic substances. Due to their unique backfill, they can combine all these functions in one package.