The source of life on Earth is water, it covers ⅔ of the surface of the Earth, the human body consists of 60% of it, it is the basis for all human plant and animal food.

Does Water with Added Hydrogen Have More Benefits?

Water consists of one oxygen molecule and two hydrogen molecules bonded together. In nature, water is not found in its pure form; it always contains dissolved substances, both mineral salts and organic matter. The safety and usefulness of these components depends on what the water is in contact with, if it is natural minerals, it is usually saturated with calcium, magnesium, sodium salts, but if the water is in contact with industrial effluent, it can be saturated with heavy metals, complex organic substances, etc.

Lately, people are constantly trying to dissolve something in water: almost insoluble silicon, soluble (but not useful) soda, lemon juice. Adding oxygen and hydrogen to water has become a trend. Unlike carbon dioxide, which acts as a preservative, it is believed that adding oxygen and hydrogen to water can make water especially useful. We have already looked at oxygen water, and today we will deal with hydrogen water.

What is hydrogen water??

As we wrote above, a water molecule consists of one oxygen atom and two hydrogen atoms. It can also dissolve a variety of substances, including gases. In simple words, hydrogen water is plain water that is artificially saturated with hydrogen gas similar to the way mineral water is saturated with carbon dioxide.

Hydrogen does not chemically interact with water and does not form any byproducts. Moreover, like carbon dioxide, hydrogen tends to evaporate into the air when a container of liquid is opened.

How to make hydrogen water?

The finished product is delivered in an aluminum container. But we have not found, where in Ukraine you can buy hydrogen water, its price in other countries is about $ 3 per liter.

Obtaining hydrogen water at home is carried out by two methods: 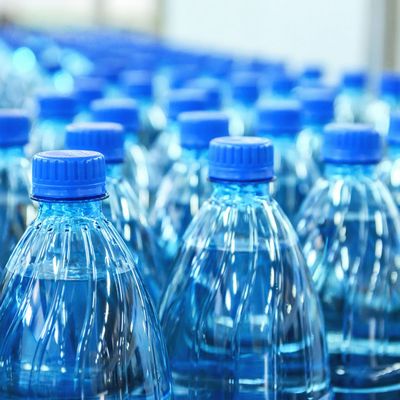 How does hydrogen water generator work??

The principle of operation of portable generator is based on the process of electrolysis, which involves passing an electric current through water with the subsequent release of gaseous hydrogen.

The actual production of hydrogen consists of having two electrodes in a tank of water: a cathode and an anode. They are connected to a power source (for example, a battery) and an electric current flows through the container with water (i.e., electrons start moving). During this, electrochemical reactions occur. If the electrodes are properly combined, the electrolytic decomposition of water will occur, resulting in the release of oxygen and hydrogen.

The cathode is the reducing agent: 2H2O ➝ O2 + 4H + 4e – , and the anode oxidizes: 2H2O + 2e ➝ H2 + 2OH – , respectively, at the cathode oxygen atoms from water are converted into oxygen gas and at the anode hydrogen atoms from water are oxidized to hydrogen gas. As you can see, during the electrolysis of water, alkaline ions are released, which can raise the pH of water and simultaneously synthesize not only hydrogen but also alkaline water.

A popular device is the portable hydrogen water generator. It is a construction consisting of a glass bottle with a lid and a small electrolysis apparatus, which consists of a cathode and an anode. Also, depending on the technology, between them can be a special ion exchange membrane, which prevents an increase in the pH level of the medium.

The Japanese Ministry of Health has authorized the use of household water electrolysers, and they are also actively gaining popularity in the United States.

This method is quite simple, it involves adding an effervescent tablet to the water, by analogy with aspirin. The difference is that in this case, during the reaction, hydrogen rather than carbon dioxide will be emitted, and the tank with water during the reaction is recommended to be closed, since the solubility of hydrogen is too low.

The basis of obtaining hydrogen water in this case is the reaction of magnesium with water.

As you can see in the reaction, pure hydrogen and alkali are released. In order to lower the pH of the solutions, fumaric and malic acids are added to the preparation, which in addition to lowering the pH accelerate the dissolution of the tablets. 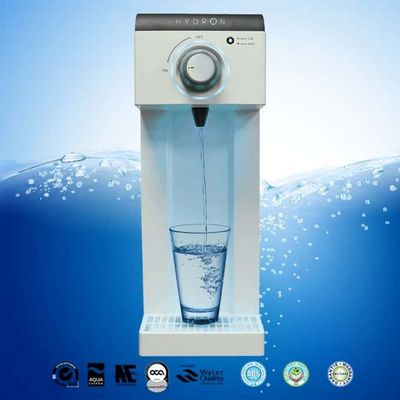 All claims of benefit need to be confirmed by clinical studies. Hydrogen-enriched water began to be actively studied in 2007. The pioneers were Japanese scientists, later joined by researchers from the United States. So what do we have today?? For you, we’ve looked a little bit at what scientists say about hydrogen water. Let us note right away that most of the studies were performed on laboratory animals. The study of the properties of hydrogenated water in humans involves comparing the performance of two groups: the placebo recipient and the substance under study. In the case of hydrogen water, the number of studies conducted is not yet so large, and groups of test participants are quite small (18 – 50 people), so it is too early to talk about what and how to treat with hydrogen water. Nevertheless, here are a number of studies.

Researchers explain the principle of hydrogen water by the fact that hydrogen is able to restore free radicals, which are formed by the loss of electrons by oxygen involved in biochemical processes.

The properties of hydrogen water in relation to diseases caused by metabolic disorders attracted the greatest attention of scientists. A study of changes in lipid/lipoprotein, glucose, insulin levels in an eight-week study by Japanese scientists (2008) showed that in people who drank 900 ml of hydrogen water daily, some blood parameters were altered. For example, levels of lipoproteins and triglycerides, glucose and fatty acids were slightly (not more than 1.5%) lowered, but insulin levels were noticeably (6%) increased. This study unequivocally suggests that hydrogen in water has an effect on humans.

A newer study (2019) with a group of 50 people gave a more detailed result: such water is only able to slightly change indicators in people with initially worse indicators.

Another fact is the increased endurance of test athletes and decreased lactic acid secretion during physical exertion.

There have also been experiments that deal with metabolic syndrome (hypertension, obesity, high cholesterol, high blood sugar). In this case, it has also been confirmed that hydrogen water can somewhat improve blood counts .

There are small studies that consider the role of such water in the treatment of Parkinson’s disease, in hemodialysis, reduction of symptoms of wave therapy for cancer, different types of hepatitis and dental diseases.

As you can see, according to the above studies, the benefits of hydrogen water for humans do exist, which cannot be said about many other types of water.

In conclusion, we can say that perhaps this is almost the first case when a trendy water trend has been confirmed in the scientific literature. Usually, the mysterious methods of reviving drinking water are either not written about or denied the slightest possibility of their effectiveness.