Hardness is the most common problem with water quality. The term “hard” refers to water after washing with normal, fatty acid-based soaps, which literally made the laundry hard. Today, it is one of the major water problems for both process and household applications. 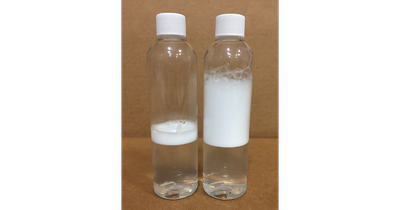 Hardness is caused by the total dissolved alkaline earth metal ions. Calcium Ca2+ and magnesium Mg2+ are usually considered, since they make up at least 98-99% of the total compounds. To a lesser extent, beryllium, strontium and barium affect hardness – these metals belong to the group of heavy metals, so they are separately regulated by stricter standards. 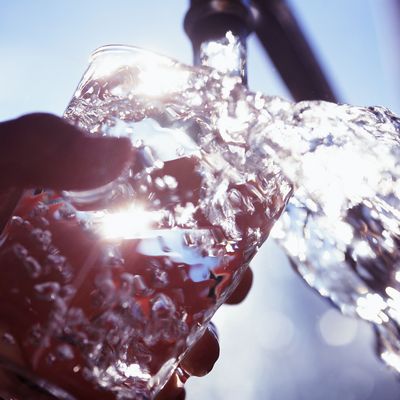 Numerically, hardness is represented as the sum of magnesium and calcium concentrations. The unit recommended in the SI system for expressing this index is mole per cubic meter (mol/m³), but in Ukraine more often milligram equivalents per liter (mg-eq/l) are used. The conversion table can be found here.

Low mineralized waters have a high calcium hardness. As salinity increases, calcium ion content decreases rapidly, and usually does not exceed 1 g/l. The content of magnesium ions in highly saline waters can reach several grams, and in saline waters several tens of grams.

The table below classifies water according to hardness.

1. Temporary or carbonate hardness got its name because it is removed by boiling and consists mainly of calcium and magnesium carbonates and hydrocarbonates – Ca(HCO3)2 and Mg(HCO3)2.

Is Hard Water Ruining Your Hair?

Their solubility is inversely proportional to temperature – the higher the temperature, the lower the solubility. Accordingly, when the temperature rises, the equilibrium of the system shifts in the direction of scale formation and, as a consequence, we get scale and lime scale.

2. Permanent hardness is produced by sulphates and chlorides of tungsten metals, these include CaSO4, CaCl2, MgSO4, MgCl2. This hardness does not cause precipitation, but is important for some applications.

Where it comes from?

The main way that calcium and magnesium ions enter the water is through natural minerals like dolomite, calcite, volastonite, etc. As the water moves through layers containing these minerals and leaches out a certain amount of them, all natural water contains hardness salts.

There are also anthropogenic sources of calcium and magnesium in water, so – abnormal hardness will have water from chemical industries, water from amber mining, etc. 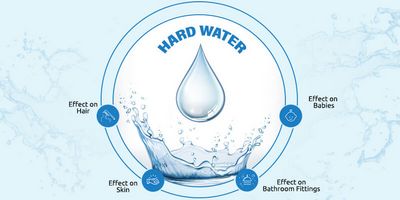 How to Determine the Hardness of Water at Home?

The taste of very hard water has a characteristic bitter aftertaste, but it is difficult to feel it in water of average hardness (especially if you are used to drinking such water). But soft water with a low salt content will seem fresh.

To determine the hardness of your water accurately, you can have it analyzed by a professional laboratory. This step is mandatory if you intend to install filters or use the water in beverage and food processing plants.

The second option is a home semi-quantitative determination of hardness with the use of test strips that can be purchased in specialized stores for water treatment or aquariumistics.

The third way is quite entertaining and will be especially interesting to young experimenters – it is a soap method for which you need a simple laundry soap.

Can I drink hard water??

Calcium and magnesium are important trace elements, they play an important role in the cardiovascular and urinary systems, participate in the formation of enzymes and bone tissue. Probably there is no organ in the human body, which does not take part in the work of these chemical elements.

Note that both too little and too much hardness are equally dangerous. If the water is brackish, the body compensates for the lack of water from food, and if it is too hard, then drinking such water overloads the urinary system and causes kidney stones. Hypertension and edema are also possible consequences.

Of aesthetic problems we should pay attention to the impact of hard water on hair and skin (dryness, hair brittleness and stiffness, a dull skin tint) – this is often caused by washing with highly mineralized water. This problem can be solved with the help of special chelating shampoos or filtered water. 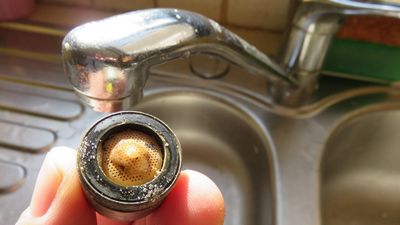 When using hard water to wash your face there is a comedogenic effect due to clogging pores insoluble salts of calcium and magnesium ions with sebum components.

Limescale in the home

Limescale on the heating elements of boilers and heating boilers, washing machines is the most frequent reason for unscheduled maintenance. In addition to frequent breakdowns, limescale deposits on pipes and heating system components significantly reduce the energy efficiency of equipment. If hard water is used for a long time, efficiency can drop by 30-40% and increase energy costs and bills accordingly.

In addition, hard water increases detergent consumption when washing laundry, it is poorly cooked meat, is formed unaesthetic hard to remove scum on the plumbing.

In some industries the hardness is strictly regulated. 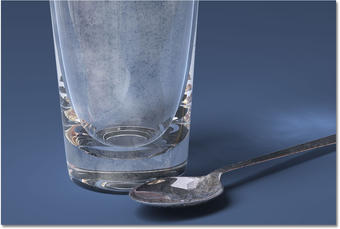 Limescale is dangerous for hot water and steam boilers in particular because of the shorter boiler lifetime and higher energy costs. In this case the water quality is regulated by separate standards. Recommended quality – 0.02 mmol/l

Strict regulations also apply to water for heat exchangers, since a reduction in the diameter of the pipes and a disturbance of the thermal conductivity due to the scaling layer is critical.

In the food and beverage industry water quality also plays a role, the recommended values for carbonated drinks and spirits are 0.2 – 1 mg-eq/L. 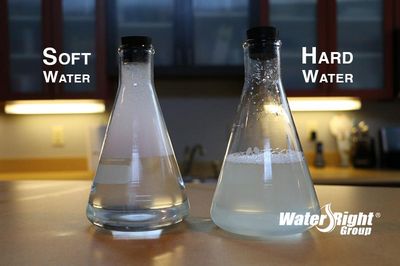 In this method, the hardness salts are converted to an insoluble form. Soda ash Na2CO3 or Ca(OH) hydrated lime2, the most effective reagent is sodium orthophosphate Na3PO4, which is part of most household and industrial chemicals. The disadvantage of this method is an environmental hazard, since phosphates are not removed at biological treatment plants and get into the water.

The special load consists of polymeric granules, which can swell up on contact with water and exchange hardness cations for safe sodium or hydrogen ions. The ion exchange method is today used as the most effective method in domestic and industrial applications. Read about ion exchange technology. 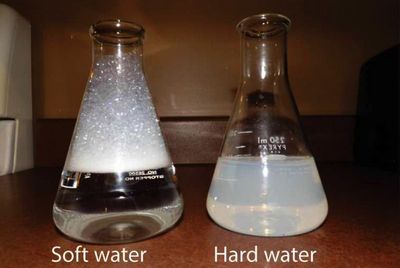 Because the membrane pores are extremely small, they are able to trap 99.8% of mineral impurities. The method is suitable for drinking water at home or in industrial process water treatment. Read more about Reverse Osmosis.