Fluorides are one of the characteristic admixtures of ground and underground water, and fluoride itself is a very important component, which at low concentrations can prevent tooth decay, but at high concentrations it accumulates in the body and causes a bone disease called fluorosis.

Fluorine as a chemical element belongs to the group of halogens, i.e. it ranks with chlorine, bromine and iodine. In the form of a pure substance is a pale yellow gas, which can only be observed under laboratory conditions, as fluorine is the most active non-metallic element and interacts with almost all substances, and mainly with a strong release of heat, accompanied by an explosion. This explains why in the environment it is found in the form of salts – fluorides.

How much fluoride should be in the water?

Maximum allowable concentration – MAC of fluorides in water is normalized in accordance with GSanPiN 2.2.4-171-10 “Hygienic requirements for drinking water intended for human consumption” (this standard corresponds to the European one as well). 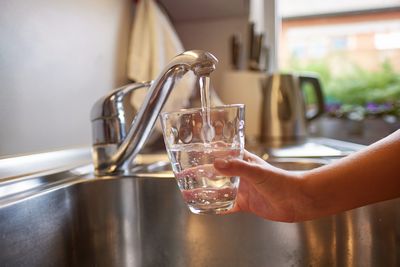 The difference in concentrations is justified by the fact that in hot climates, people consume more fluids, and therefore more fluoride enters their bodies.

According to the territorial feature waters of Ukraine can be divided into four groups:

Where does fluorine in water come from??

Fluorine compounds are present in all natural water sources. For example, sea waters contain an average of 1 mg/l, river waters – less than 0.5 mg/l, the highest concentrations in groundwater – up to 30 mg/l (here the concentration of fluoride will be determined by the rocks that make up the aquifers).

Fluorides are found in a wide range of minerals, including fluorspar, rock phosphates, cryolite, apatite, mica, etc. CaF2 is one of the minerals with low solubility, limited to 40 mg / L.

Fluorides are found in both sedimentary and igneous rocks. In practice, their increase is characteristic of places:

According to the recommendations of the World Health Organization fluoride level in drinking water is 0,8 – 1 mg/dm3.

In some countries, fluoride is put into water supplies specifically, to provide protection against tooth decay. The United States was the first country to specifically fluoridate water to prevent dental disease in children.

Also, about 40 million people around the world use naturally fluoridated water daily.

If the amount of fluoride in the water is elevated, it needs to be removed.

How water is fluoridated?

The most common fluoridation reagents are:

Is Fluoride Harmful in Drinking Water?

Above we have already written that, depending on the content of fluorides can be both harmful and useful.

Water with excess fluoride leads to a disease called fluorosis. Its mechanism is that excessive amounts of fluoride displace calcium from bone and teeth.

The next step after the lesion of the teeth is the lesion of the skeleton. Over a long period of time, fluoride accumulates in the bone tissue. The primary hints are limited mobility and stiffness in the joints… In severe lesions, changes in bone structure and calcification of ligaments occur, which cause muscle damage and pain.

As for the acute effects of fluoride, a single dose of 20 mg can cause nausea or vomiting, and a dose over 40 mg per kilogram of human weight can be fatal. Despite the fact that only 50% of people perceive taste difference in water with fluoride concentration of 100 mg/l. 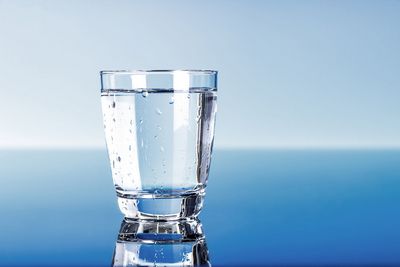 As for prevention of caries, the concentration of 1 mg/l shows high efficiency, while it does not affect the bone structure at all, although it may cause slight discoloration of teeth, which is proved by many years of studies in countries that practice water fluoridation.

How Fluoride Affects Your Teeth

Cavities are caused by the growth of bacteria in the plaque, particularly Streptococcus mutans and Lactobacillus. In the process of life they absorb carbohydrates and produce organic acids. They are especially active when sugars are consumed heavily.

Fluorides are able to form fluorapatites, which are more resistant to an acidic environment, and therefore protect the tooth from decay while remineralization occurs.

The tables below summarize the fluoride levels in the water you drink on a daily basis and their effects.

Percentages show the likelihood of dental caries occurring when the dose of fluoride in the water is increased.

Procedure for sampling and testing fluoride in water

Effects of fluoride on the skeleton

At 1-2 mg/L fluoride in water, ossification in children and osteoporosis in the elderly is reduced. But already at the regular use of water containing 2.5-6.0 mg/l of fluorides the initial degree of osteosclerosis can be detected in some people, and at the concentration of 8 mg/l the expressed osteosclerosis in a mild form in 10-15% of the population, and also the development of a heavy form within 20-30 years. At a concentration of 10-20 mg/l severe osteosclerosis is observed after 10-15 years, and growth retardation in children. At regular consumption of water with fluorine content more than 20 mg/l severe fluorosis will be observed in 10-15 years.

At the highest concentration will cause acute fluorosis after 10-15 years.

As you can see the optimal fluoride content in water has already been determined. And the excess of MPC brings much more negative consequences, than lack of it.

Defluoridation is a rather expensive process, it should be noted that even more expensive than fluoridation, so finding a safe source of water is always preferable to purification.

1. Sorption on bone coal, activated alumina and clays (magnesite, clinoptilolite, vermiculite, zeolite, diatomite, kaolinite, etc.) is a fairly efficient method of sorption.) is quite effective method. The processes are usually carried out in columns in continuous or batch mode. The principle of operation of these substances is based on ionic exchange, when OH- ions, contained in the composition of these compounds, exchange with F – . These materials usually require an increase in sorption properties through activation (acid treatment, drying, firing, etc.).). Their use is justified when there are deposits of such minerals in the region where the water to be defluoridated.

2. Contact sedimentation involves the addition of calcium, magnesium, phosphate, iron, aluminium, etc. to the water. Precipitation of fluorides occurs either by formation of compounds, slightly soluble in water, which under the influence of gravity form a sediment (for example, calcium and magnesium fluorides) or by coagulation of fluoride ions on the surface of certain coagulant particles (iron and aluminum hydroxides).

Nalgonda is a coagulation method which has been widely used in India to defluoridate waters with fluoride contents up to 30 mg/dm3. In this process, the liquid is brought into contact with coagulants (aluminum or iron salts), lime or soda, and bleached lime (to raise the pH). The water is then settled for 2-4 hours and filtered through sand filters. In addition to reducing fluoride levels, the process also reduces turbidity, color and organic toxicants.

It is a technology that provides complete removal of fluorides. At the same time does not form a large volume of toxic sludge and does not require large-sized equipment. 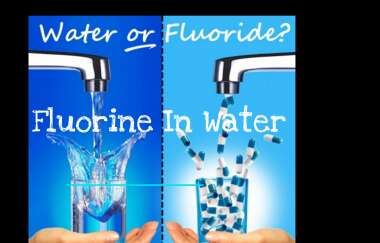 Reverse osmosis can be used in both POU systems, which are installed directly in your home under the sink, and in centralized water treatment systems. 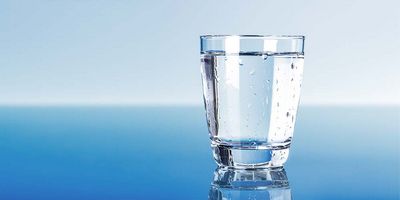 The membrane filter will not be a bad solution if the water analysis for fluorides shows an increase in the normative values, because it is the best option to purify water from fluoride in the home.

The most common methods are activated alumina purification and reverse osmosis.

Also often asked about fluoride disinfection, this gas or elemental fluoride compounds are not used to disinfect water. This is due to the fact that fluorine gas causes explosions and is practically not used in gaseous form, and fluorides do not have disinfecting properties.