The new trend in fitness and healthy living is so-called coconut water. It came to us from the U.S., where it has been gaining popularity since 2004, including thanks to advertising campaigns among celebrities. There it is positioned, first of all, as a drink – electrolyte for sports, well, we have traditionally as a drink for all ills. Today we’re going to find out what’s unique about this water, and whether it’s really useful.

What is coconut water?

This is the liquid juice of the young fruits of the coconut palm. In the process of ripening, the insides of the fruit harden and turn into the hard coconut shape that we are accustomed to.

There are two ways of obtaining coconut juice:

The taste of coconut water may vary depending on the region where it is produced; in general, it has a characteristic sweet and sour note.

The unique properties of this drink are supposedly due to its composition: it is low in carbohydrates (sugars) and fats. Coconut water, the caloric value of which is only 45.6 kcal per glass, is therefore popular among people following a healthy diet.

In addition to its low caloric value, coconut water contains a rather broad specific array of minerals and vitamins, for which it has gained popularity as an electrolyte.

What is the difference between coconut water and milk?

Coconut milk is a product of ripe fruit processing, while water, as we mentioned above, is the liquid juice of a young coconut. Milk has a completely different composition and properties, it is more nutritious, contains more fats and carbohydrates.

The alternative to soda and sports drinks

Once the drink could be preserved and packaged for sale, it was positioned primarily as the ideal rehydrator for physical exertion and simply drinking water. Indeed, the caloric value of coconut water is low, at only 95 kcal per 0.5 liter, whereas, for example, the familiar Coke contains 210 kcal in the same volume. Therefore, if you are used to drinking sugary sodas, then coconut water can replace them, but you should consider the fact that if you consume several bottles of such a drink per day, its contribution to the total daily ration will already be significant. For this reason, it is still better not to replace pure water with other drinks.

Coconut water also contains a lot of potassium, sodium, calcium, and magnesium that are lost during intensive sports activities and can be a significant addition to the diet. Regarding the other elements, coconut water is low, less than 1% of the daily allowance.

Exceeding these values may be justified for medical reasons, when digestibility is impaired or there is a deficiency of any micronutrient.

As for research, there is a pool of studies that look in detail at the coconut water situation among professional athletes.

Nutritionist Kathleen M. Zelman, says that neither coconut water nor sports drinks contain enough sodium or carbohydrates for heavy sweating (for more than 3 hours) and suggests drinking any fluids and consuming, for example, saltine crackers.

In terms of research, a 2012 study with a test group shows that VitaCoco® coconut water is as effective as a carbohydrate-electrolyte sports drink, coconut water from concentrate and plain water in rehydrating athletes during regular, intense exercise. It was also noted that the athletes felt greater stomach fullness when using coconut water. Two other studies with a group of 8 and 10 people showed, respectively, no significant difference, and no difference between the rehydration levels of plain and coconut water. 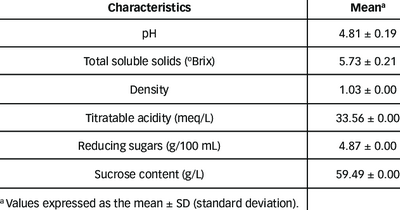 Whether you choose a sports drink, coconut water or plain water, they all help maintain your body’s water balance. The problem is that when you exercise intensely for more than 3 hours in the heat and lose a lot of body fluids, you need easily digestible carbs for quick energy and to replenish lost electrolytes like sodium and potassium.

Coconut water for diabetes, myocardial infarction and other diseases

To date, there are no human studies that can show any special properties of coconut water. Experiments on mice have shown positive dynamics on the course of induced diabetes and cardiomyopathy. But very often the studies that get their continuation in humans don’t find positive effects, and sometimes have too serious side effects. So don’t get your hopes up for this water, and the resources spent on the purchase should be invested in traditional medicine.

Can you drink coconut water?

In 2012, Vita Coco, which claimed that coconut water had 15 times more beneficial minerals than other sports drinks, paid $10 million in damages in a national lawsuit. Compensation for deceiving the user on the label.

The FDA has also issued warnings to manufacturers that advertising claims about the drink as having “antiviral agents,” “regulates sugar levels,” “lowers cholesterol,” and other similar claims are misleading and unacceptable to consumers. And the presence of saturated fats in coconut products makes it impossible to classify the entire range of coconut products as a “healthy” diet. 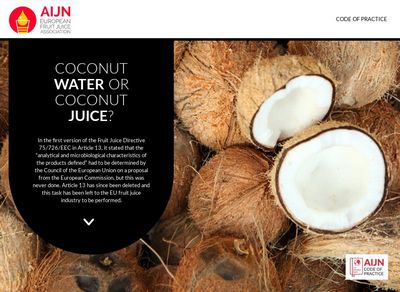 As for identified side effects, they are rare. The main risk of consuming coconut water is hyperkalemia – an increase in blood potassium levels. The two most popular cases involved drinking more than 2 liters of coconut water a day. A 26-year-old woman with type 1 diabetes and hypertension was hospitalized with blood pressure abnormalities and a worsening general condition. A second famous case, of a 42-year-old man who played tennis in the sun all day and also consumed more than 2 liters of water: paramedics recorded low blood pressure and body temperature, disorientation and heart rhythm disturbances. Both had significantly impaired blood potassium levels.

Also historically in India, there is a rite of suicide for the elderly, talaikutal, when a person consumes large quantities of coconut water, leading to fever, heart failure, and death. However, the exact cause of death in this case has not been determined.

Medics recommend limiting consumption of this drink to people with electrolyte imbalances.