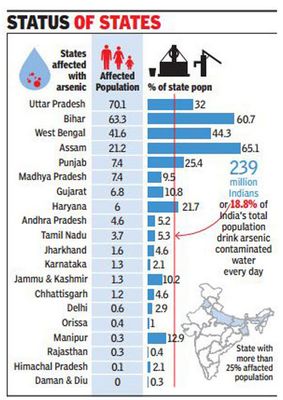 We know a lot about heavy metals in Ukrainian water, but rather in the context of industrial regions, where they are primarily caused by industrial effluents. But in fact there is a problem of heavy metals throughout Ukraine.

Pollution of water with arsenic is typical for surface, ground and groundwater in Ukraine. The problem is typical for the Transcarpathian, Precarpathian, as well as the Donbas, Krivoy Rog and Kirovograd regions. 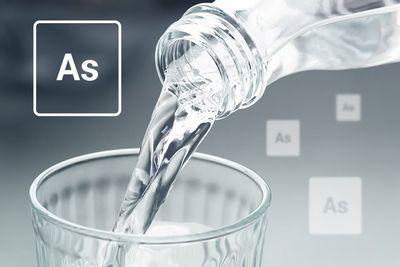 Where does arsenic come from in the water?

Sources of arsenic salts in water have both natural and anthropogenic origin.

The average concentration of arsenic in the Earth’s crust – 2 mg/kg. The most common mineral is arsenopyrite, and there are a total of about a hundred minerals studied.

Mineral rocks containing arsenic tend to dissolve and react chemically with water components, so they enter groundwater, artesian and surface water, and soils. From here, arsenic salts get into food (fish, seafood, vegetables, meat) and evaporate into the atmosphere. In addition, there are such compounds in volcanic emissions, as well as in the atmosphere after forest fires. 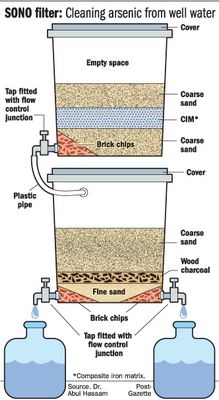 The sources of anthropogenic water pollution by metal are:

Arsenic in the waters of Ukraine

There are no large systematic reviews of water quality regarding arsenic salts in these regions, however, this is not surprising, the spectrum of contaminants in water is so broad that it is almost impossible to assess the contribution of arsenic.

Important! Ground water sources, that is, wells and springs, may contain dangerous concentrations of arsenic and other dangerous pollutants. Groundwater without pre-treatment is not recommended for drinking, and can be especially dangerous for children.

Here is a worldwide map of the location of likely exceedances of the 10 mg/L arsenic limit. 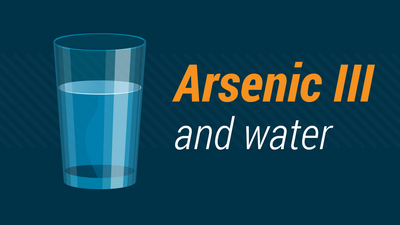 How is arsenic dangerous in water?

As we know, arsenic salts are bioavailable and highly toxic compounds. The most critical impact is precisely arsenic, which comes in the form of inorganic compounds from drinking water, which is used directly for drinking, cooking food and irrigating vegetables. Meat, fish, seafood and grains can also be its sources, but the content and, consequently, the impact on the human body will be much lower.

According to the World Health Organization, arsenic is one of the top 10 priority chemical elements that pose significant public health problems. As of today the maximum permissible concentration of arsenic in water recommended by the WHO is 10 micrograms per litre or 0,01 mg/l, respectively, the same value is established by the Ukrainian sanitary standards.

Arsenic is a carcinogen?

Yes, the carcinogenic properties of arsenic were first recorded back in 1887 in patients treated with arsenide, and in 1980 the International Agency for Research on Cancer recognized it as one of the causes of skin and lung cancer (when ingested by inhalation). Epidemiological studies show an association with other internal cancers at concentrations of several hundred micrograms per liter, but at lower concentrations it is difficult to assess the association. The most common types of tumors described were: skin cancer, lung cancer, bladder cancer, prostate cancer, liver angiosarcoma (in the list of presumptive due to rarity). There are also studies linking arsenic use to leukemia, breast, stomach, colon, larynx, oral cancer, etc.

Cutaneous manifestations of arsenic poisoning are its most characteristic signs. It usually appears as small freckles and hyperkeratosis (for example, on the skin of the feet and palms). Pigmentation on the skin appears within 3 to 36 months after systemic doses above 0.04 mg/kg per day, if concentrations are already within 0.01 mg/kg per day, such manifestations will not begin before 5-15 years. Hyperkeratosis follows pigmentation.

Some studies confirm the association of arsenic consumption with hypertension and cardiovascular disease, as well as an increased risk of diabetes. Gastrointestinal, neurological, and metabolic appearances are seen with systemic use of fairly high doses of arsenic.

What is the situation in Ukraine?

There are no systematic studies regarding human exposure to Arsenic in Ukraine. But a statistical study comparing morbidity and mortality from a variety of diseases in regions exposed and not exposed to the Rakhiv-Tysov Fault in the Western region of Ukraine showed the obvious data:

As for the other regions that contain arsenic salts in the waters, it is probably just not possible to assess the picture. These are industrial regions with complex water compositions. Due to contamination by other toxicants that have no less impact on the human body, the contribution of arsenic compounds is not so great.

Conventional water treatment systems are not very effective with arsenic salts, particularly when there are large concentrations of them in the water. The main methods are:

How to clean water from arsenic at home?

The most effective method of purifying water from arsenic will be domestic reverse osmosis. By this method you will get clean and absolutely safe water, free of all harmful impurities. 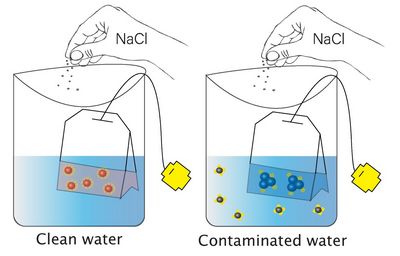 Triple filters with activated carbon and ion exchange resins can also reduce arsenic levels somewhat, but in this case it will depend on the amount of other components in the water.

Along with many environmental problems, there are no systematic studies of water composition. We have reviewed the environmental passports of the problem regions, and in none of them did we find even a mention of the word “arsenic”. That is, it is not even considered a threat to human health, respectively, and the modernization of water treatment systems is also not relevant for our country at this period of time. However, in the last decade the problem has spread in scientific circles: effective sorbents and methods of purifying water from these toxic compounds are being actively developed.

If you have any questions about the topic of this material, you can ask them in the comments section.